Traveling through Hawaii Kai towards the east, you’ll discover a area on your right – called Portlock. This place has a beachfront homes on the beach and ocean view homes from the cliffs. This area is quite popular amount mainlanders and Hawaii residents. There are a lot of expensive homes to choose from here. The Portlock estate market is definitely the nicest area in Hawaii Kai 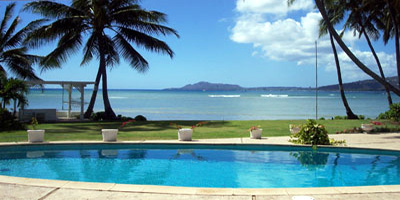 Portlock is actually a grouping of the three communities that appear similar, but are different in a lot of ways. Though the whole area is recognized as “Portlock”, in reality, Triangle and Koko Kai were developed separately.

Portlock is located by the beach. The area consists of mostly lavish homes that are valued in the $2-11 million range. Portlock is a special place that really should be treasured. Houses in Portlock start around $1.9 million for a fixer-upper, and goes up to $16 million for a home of several thousand feet.

The hill-side area that goes out nearly 1.1 mile towards the sea is called Koko Kai. This area has large homes with a view the water. Koko Kai homes offer spectacular views of the waves and whales swimming. Homes here sell from $6 million to $13 million.

You’ll definitely get more splendor and more impressive extravagant houses, coupled with very dramatic sceneries in Koko Kai. The houses in Koko Kai are usually fully gated. Some of these houses have tennis courts and enormous Olympic-sized pools.

At the lower end of Portlock, you’ll find the Triangle. A home here averages at about 2600 sq. ft in size, and values at a price tags between $1.6 – 3.1 million. The Triangle estate market has the highest and magnificent views. Homes here have a more family home feel than an estate.

A standard Triangle home usually comes with 4-5 bedrooms and looks more like homes on the main land. Most of the properties in this part of Portlock were built around 70’s, but many have been nicely remodeled. Thos haven’t been remodeled haven’t presented a good investment opportunity.

Just 16 minutes away from Honolulu, the Portlock area may be found. Portlock is also home to many executives and professionals. Though majority of Portlock’s beaches are rocky, you’ll still find several sandy areas; that is, if you know how to find them. Furthermore, the scenes from the upper Triangle are hard to compete with.

When you acquire a house in Portlock, you get the whole lot that Hawaii Kai has to offer. Across Kalanianaole HWY, you’ll find the Koko Marina Shopping Center. This is where you’ll find movie, restaurants, a supermarket, two coffee shops and several other stores.

Koko Head Elementary School is the local school in the area. Honolulu.

Portlock homes are, in a word, upscale - Nestled into the western slope of Koko Crater, the Portlock...

Enjoy beach life at its finest in this recently rebuilt beachside home in Portlock. Beautiful coastal design with a private right-of-way to the only sandy beach in Portlo...