Honolulu covers almost the whole area of Oahu. Popularly labeled as “The Gathering Place”, Oahu is third largest island in Hawaii and is also where 75% of the state’s population resides.  Being the capital city of Hawaii, it is also the largest city in the state.  Because of its magnificent harbors and long stretches of coastline, the city became Hawaii’s cultural, economic, political and educational center. 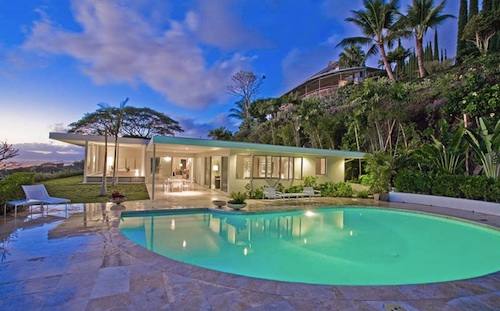 Situated on the southern side of Oahu, Honolulu is the center of economic activities in Hawaii. Many tourists often have the misconception that it is just another small area, although many of the locals actually call the place “downtown”.  If you happen to hear locals say that they are heading into “town”, this usually means that they will be visiting bustling commercial centers such as the business district and Waikiki.

Other places in Honolulu, which are not generally classified as a “town”, are usually referred to as suburban areas.  Examples of these are Manoa, Diamond Head, Dowsett and Kahala. Although these locations carry Honolulu real estate in their address, no resident will actually say that they are residing in town.

Honolulu is generally referred to as both city and county, which can also be quite confusing at times. For example, your location is still in Honolulu even though you are actually in Kailua.  In the event that you decide to reside here, you would probably be residing in “town”, at the “windward side” or in Ewa Beach. Despite that, your place of residence will still remain as long as you live in any area of Oahu.

To further complicate matters, it is not uncommon to hear the term “City and County of Honolulu”, which is primarily used to refer to the governing body of Oahu Island, despite the fact that you don’t actually reside in Honolulu City!  For locals though, we don’t mention anything about being in Honolulu not unless we are actually in the downtown area.  You don’t really need to worry much about this since many of the small cities and communities are just within the Honolulu real estate market. This means that residents are quite specific in pinpointing their place of residence. More info

Relocating to the Honolulu Area

Co-Ownership Opportunity! Looking for a partner to co-own this immaculate marina front condo. Easily one of the most premier locations not just in desirable Kalele Kai, b...

1 bdrm, 1 bath plus a bonus ENCLOSED LANAI OF 89 SF that can be used as a den/office/guest room with new flooring and its own closet too. Good efficient floor plan wi...

Extremely rare opportunity to own a Penthouse unit in downtown Honolulu with a 1000 sq. ft. wrap around balcony. PRICED TO SELL!! Corner PENTHOUSE unit with great city vi...

Welcome to Diamond Head Ambassador! Imagine yourself owning a piece of paradise on Oahu's gold coast, minutes away from the famous Waikiki beach! Wake up each morning wit...

This unit is a Fix Upper, a Great opportunity for an owner occupant or investor. Imagine what you can do with this 2 bedroom, 1 bath unit with 1 parking stall. Convenient...

Tropical living at its best in Urban Honolulu! Perfect for the first-time buyer or investor, this one-bed, one-bath unit has been updated with a new kitchen countertop, n...

Courtesy of One Pacific Realty Inc