Situated in the central southern portion of the island is one of Oahu's largest cities is Pearl City. Pearl City real estate is composed of several communities including Aiea, which is almost like a little city with over a population of 10,000. For the residents of Oahu, Aiea and Pearl city seem to be two different areas. 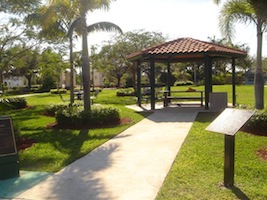 Prices of Pearl City houses start at $600K. This price is for a small, older house. The prices go up at to $1 million for a larger house with a nice view of the surroundings.
Located between Aiea and Pearl City proper is a neighborhood called Newtown. Many condos and apartments are situated in this area. The prices of decent condos in Pearl City start at around $400,000. Majority of these condos are older units, which have already been renovated and redesigned.
Many home buyers are attracted to the houses in Aiea and Pearl City. One reason is because of the wonderful views that these houses have to offer. Morever, the area is also an important suburb of Honolulu. Pearl City is easily accessible to downtown proper. In addition, residents also enjoy the several miles of shoreline available along Pearl Harbor.
For those who don’t have the budget to acquire properties in East Oahu, you may want to look for houses in Pearl City. Prices of houses in Pearl City are cheaper. The only downside is the different in commute times. But then, you’ll only see a slight difference because Aiea is only an 8-mile drive to Honolulu.

About the Pearl City Area

Aiea Heights, Foster Village, Halawa, Halawa Heights, Newtown, Pacific Palisades, Pearlridge, Royal Summit, Waiau, and Waimalu are the neighborhoods that composed the Pearl City and Aiea area.
Oahu residents have the habit of telling you precisely the area they live in, at the same time, they get very specific when you ask them where they are from. Sometimes, they could just say they are from Pearl City, but they’ll most likely say they live in Hawala Heights, which is more accurate. Since the island is really small, the residents really try to be precise when they talk about direction and locations.
The most leading and popular spot in Pearl City is, of course, Pearl Harbor. This is the famous port, where WWII began for the USA. When you visit this area, you’ll automatically notice the beautiful hillside residence, the Aloha Stadium and the many affordable-looking houses along the freeway. The H-1 cuts right through the middle of Pearl City and just along the freeway, you’ll see the affordable housing area.

Pearl Ridge, Oahu's largest shopping mall, is located in Aiea. It is a huge and amazing mall that you’ll wonder how it was built on this island. Pearl Ridge has just about every store you could ever need and want. There you’ll find all the necessities you’ll need thus, you don’t have to go out of Pearl City that much.
If you’re in into football and concerts, you’ll be able to watch these in the Aloha Stadium, which is situated in Aiea. The stadium is the one and only largest stadium in Oahu.

Aiea Elementary, Scott Elementary, Waimalu Elementary, Pearlridge Elementary, and Webling are the elementary schools found in Aiea and Pearl City.
The Aiea High School and Aiea Intermediate School are also located here.
Compared to the rest of the Oahu area, the Aiea estate has a higher property tax rates. One reason could be is the ranking of these schools. The schools in Aiea are consistently part of the top ranking schools in Hawaii. Pearl Ridge and Webling, especially, are consistently on this list every year.

Articles on Pearl City and Relocation

Based on information from the Multiple Listing Service of Hicentral MLS, Ltd. Listings last updated on . Information is deemed reliable but not guaranteed. Copyright: 2023 by HiCentral MLS, Ltd. IDX information is provided exclusively for consumers' personal, non-commercial use. It may not be used for any purpose other than to identify prospective properties consumers may be interested in purchasing.