Bordering the ever-growing city of Waipahu, Waikele offers townhouses, single-family homes and condos to all of those looking for a nice change of pace. Waikele is fairly new, and it continues to be built up more and more. What is the main attraction in Waikele? Shopping of course. The Outlets at Waikele offer a shopper’s paradise and this may be enough to get you to look into the Real Estate market in this area of Oahu. 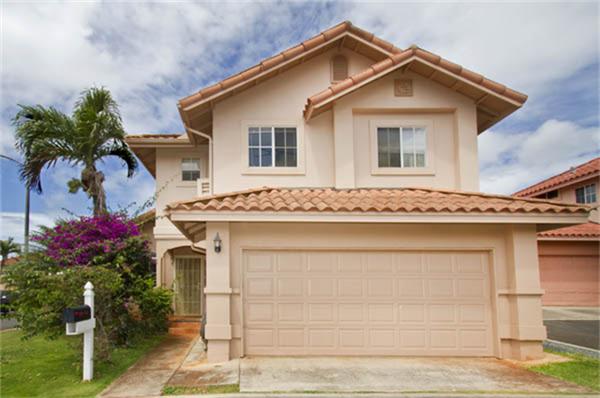 Waikele has really spring up over the last decade. Developers have come in at a very fast pace and built a lovely and quaint city that offers a family like community setting with all the extras.

There are plenty of restaurants and parks, and of course shopping. The Outlets at Waikele are so popular that they have become part of most tourist tours offered on Hawaii. Tour companies bring visitors in by the busloads so they can experience something that will be right at your disposal if you choose to purchase a townhouse, single-family home or condo in the Waikele area of Oahu.

Waikele was built on the premise that a beautiful city could be built more towards the west side of Oahu. They were right, as Waikele offers some amazing amenities for families, kids, single people, or anyone else.

As state above, Waikele is considered part of Waipahu, even though they border each other. It was built as kind of a branch off of the long existing Waipahu area on Oahu.

The median sales price for homes in Waikele, Hawaii is $418,500. Compared to the same period one year ago, the median home sales price decreased 0.5%, or $2,092. As with many parts of Hawaii, the housing market is starting to recover, so these low prices are something to really take advantage of.

Waikele is an ideal place for first-time buyers, as the sheer number of reasonably priced townhouses, single-family homes and condos has to make you take notice. The city of Waikele continues to grow, with golf, recreation, parks and restaurants being added all the time. Located only minutes from Honolulu, Waikele is the choice for many who want to get a great price, raise a family, experience a city that offers plenty of amenities, and still be only a few minutes away from Honolulu.

Take some time to check out the Waikele Real Estate scene today. With so much to offer, you should at least see what’s available. Visit Waikele now, a shopper’s paradise.

An open floor plan created from a 2017 remodeling of the kitchen/dining/living space. You will absolutely love this exquisitely done kitchen, recessed lighting, lots of q...

Welcome to Waikele Living! 2 bedroom and 1 full bathroom in Ho'okumu in Waikele , amazing opportunity to own in this convenient location. This unit offers open floor unit...

Courtesy of One Team Realty, LLC