If you’re looking for a luxury condo that’s close to it all and has an urban feel, look no further than the up-and-coming area of Kakaako, Honolulu. This neighborhood is characterized by sleek, state-of-the-art condominiums with excellent views and progressive community spaces. What was once a Native Hawaiian community with royalty has become an urbanites paradise with an excellent walkability score.

Referred to as the “crossroads of Honolulu,” Kakaako is located between Ala Moana near Waikiki to the east and downtown Honolulu and Honolulu harbor to the west. Main roads in the neighborhood include Ala Moana Boulevard and Kapi’olani Boulevard. This past October, the Honolulu Area Rapid Transit announced plans to extend the rail station and have a stop in Kakaako. This creates an even more ideal location as you can hop on the train and get to most places in the city. The new train station will be located near Halekauwila and Ward Avenue. Kakaako is indeed growing at a rapid rate and is estimated to see thousands of new residents within the next decade. There hasn’t been a better time to purchase a home in such a developing area of Honolulu. 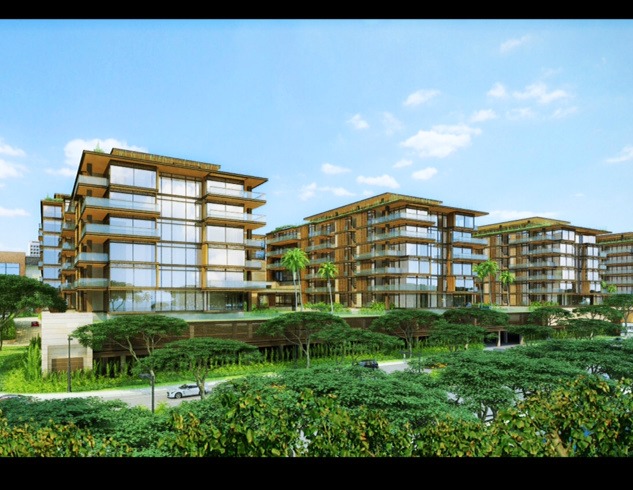 With a “love, work, and play” vision for the area, developers have been dreaming up amenities galore. There are many developments on the horizon along with already existing community features. Ward Center, also known as Ward Village, is a massive shopping center close by that has the largest theater megaplex in all of Hawaii. This entertainment destination “centers around you” and has over 135 specialty shops and restaurants. Another unique community feature is the Neal S. Blaisdell Center. Since 1964, this arts center has welcomed patrons with concerts, performances and fine art. Known as “Hawaii’s entertainment center in paradise,” Neal S. Blaisdell is surely an asset to the area of Kakaako. New boutiques offering one-of-a-kind items are popping up and festivals are being held within the neighborhood. All you have to do is step outside and you’ll be welcomed by some of the best entertainment and dining in the state.

Situated along the southern shores of Oahu, the view of the crystal clear water is enough of a reason to embrace this area of Hawaii. If you’re looking for places to work out and enjoy with children, Kakaako has that too. Unlike any other area in the state, Kakaako has a 3,225 square foot indoor park that’s free to the general public. Locals hang out at Kakaako Waterfront Park, which just underwent a facelift. Families and young marrieds enjoy paved walkways for jogging and bike riding. From this community space you can get a great view of Diamond Head and Waikiki. Community members have recently welcomed a new gym, Kakaako Fitness as well.